On the first Saturday of the new year 2016, Doug and I found ourselves joining a line of cars waiting to get into Cades Cove in the Great Smoky Mountain National Park. We were hoping to have one of those spectacular winter sunrises that would make everything look magical with just the right low hanging fog and glistening frosty trees. We had been seeing these kinds of scenes on Facebook taken by a wonderful professional named Darwin White, and I wondered if it might it be possible to come close to what he captured.

Getting this camera has awakened a long, almost forgotten passion. Even as a 10-year-old growing up in southeastern Michigan, I remember how much I loved being out in nature. When I left my home to go to Girl Scout camp one summer, my parents allowed me to take our little Instamatic. I still recall the thrill of taking pictures in the woods of trails and trees and mosses and ferns just knowing that I had captured beautiful images to share with my family when I got home. When the classic black and white snapshots came back from being developed, I was so disappointed in the lot, and one of the first things my mother wanted to know was why I had not taken pictures of people rather than paths.

Fast forward about 54 years, and I’m still loving being out in God’s creation taking pictures. The simplest things are still compelling to me, whether it be a moss and lichen covered post or a pretty frosty field scattered with spider webs that sparkle in the perfect morning light. The time literally flies by as I find myself bouncing from here to there all the time marveling at the next great shot. Unfortunately, the thrill of it all can be a detriment to the great photos I always think I’m getting because I tend to get caught up in the moment and forget to adapt and change camera settings as necessary.

Well, on this day the trees were not frosty as we had hoped, but there were plenty of good photo opportunities nonetheless. We had no idea that we could even hope for spider webs in the January cold, but there they were looking much like “diamonds of the field” as we walked down the path off of Sparks Lane shortly after the sun popped over the eastern mountains.

An additional bonus was a vast field of tall, heavily frost-laden weeds that made it feel like we had stepped into a fairyland. And the mountains… glowing on one side with golden light and dark blue and foreboding on the other side as the sun rose higher and higher. Puddles from recent heavy rains and a mountain creek provided some wonderful reflection shots.

After the best morning light had turned into bright blinding sun, we continued the journey through the cove and got some shots at the Methodist Church as well. When we got home and looked at the pictures, they weren’t nearly the award winners we were hoping for, but I do think they outdo the long ago Girl Scout camp images. It’s not really about the pictures as much as it is being out in the glorious early morning in one of the most peaceful places I know with the one I love the most enjoying God’s handiwork. One of these days, though, I just know I’ll get that National Geographic quality image! 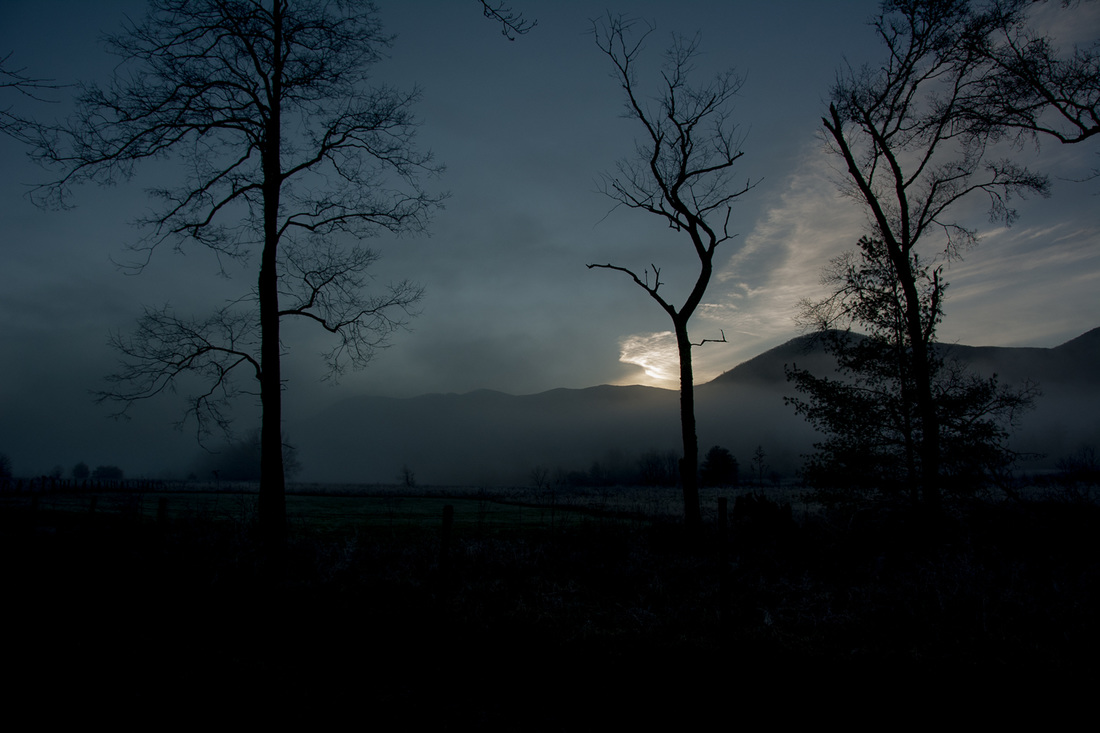 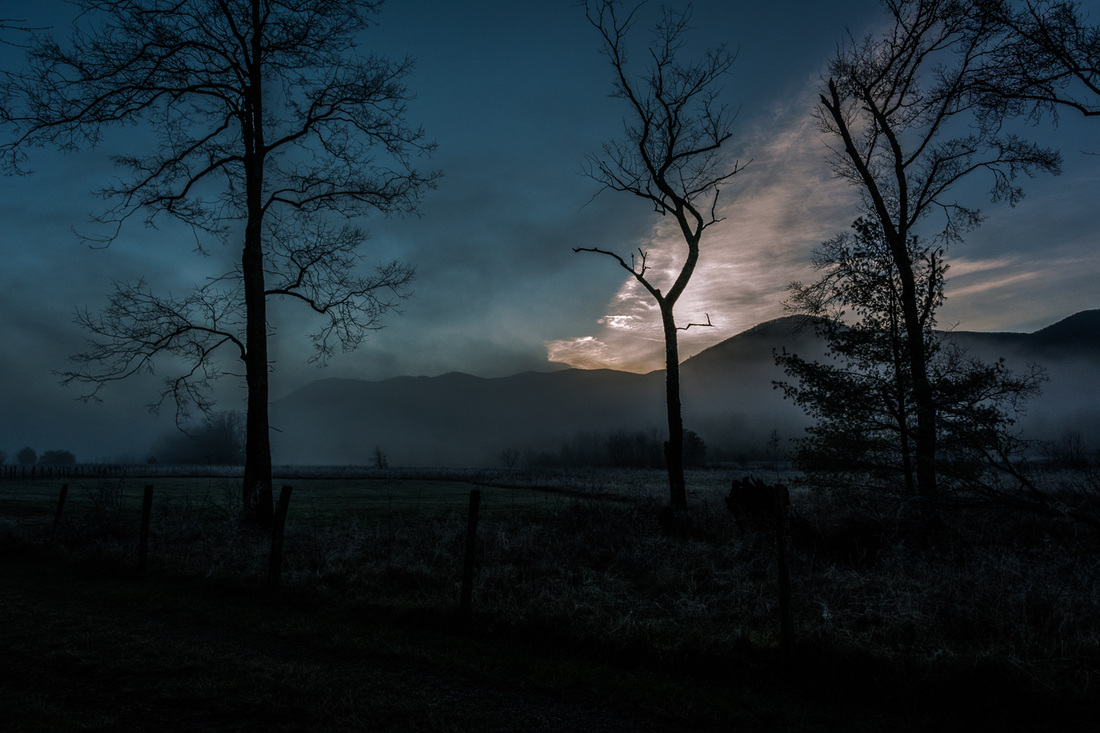 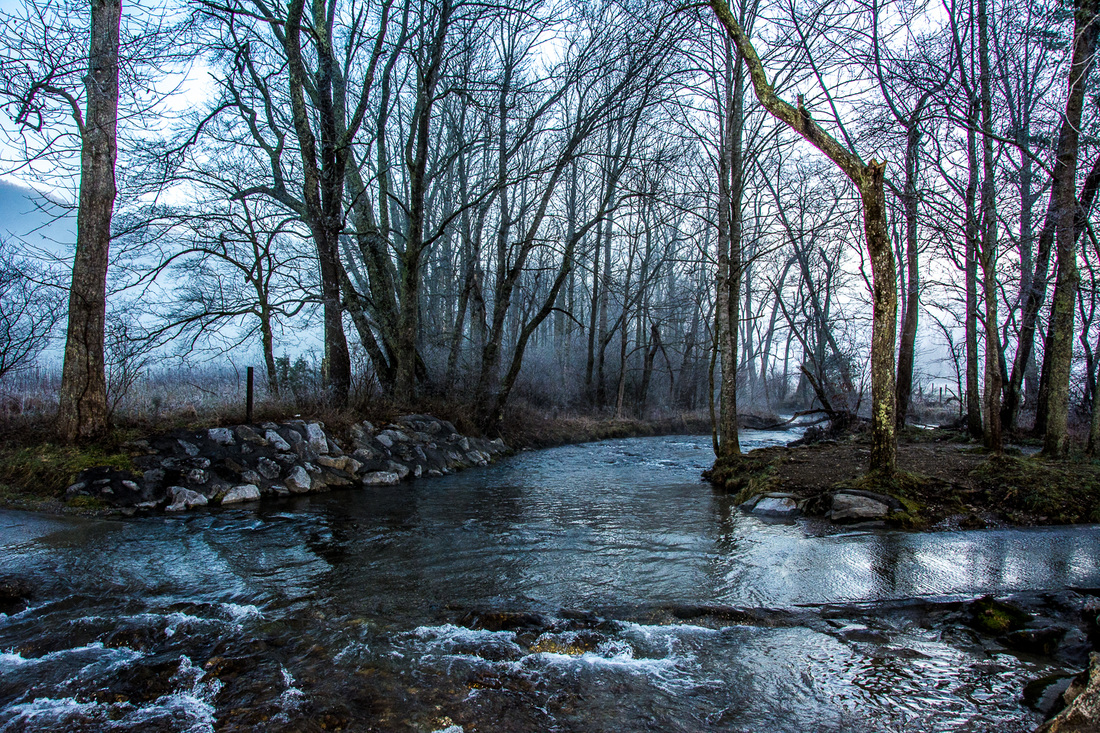 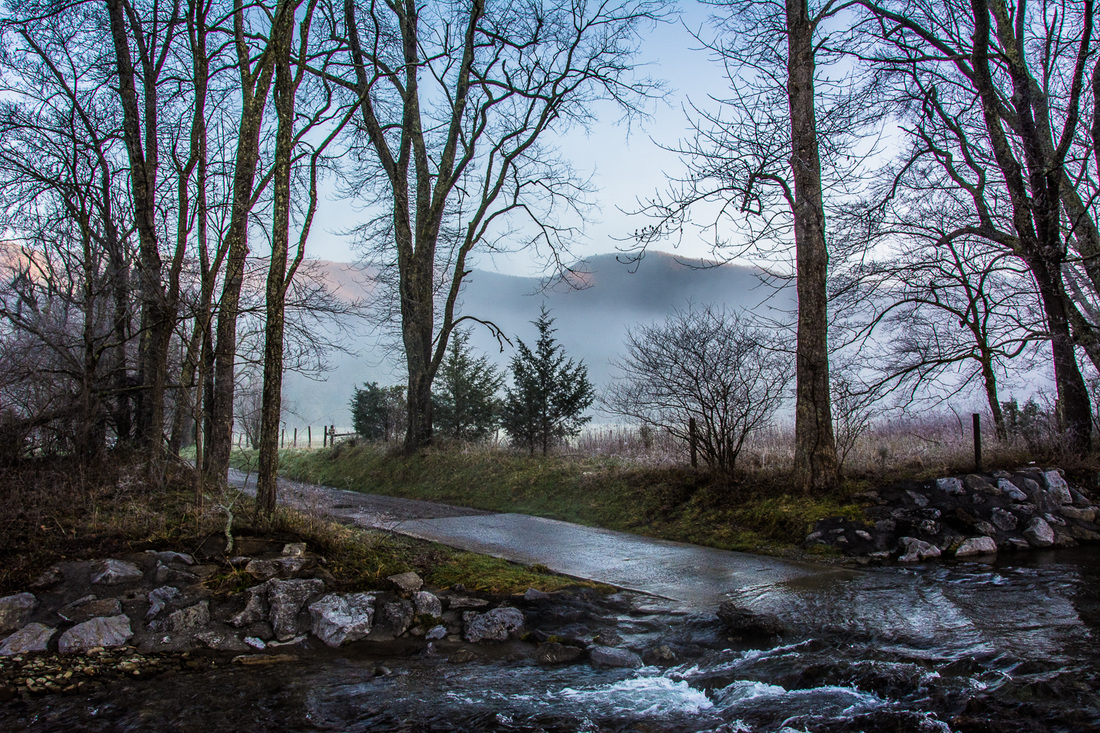 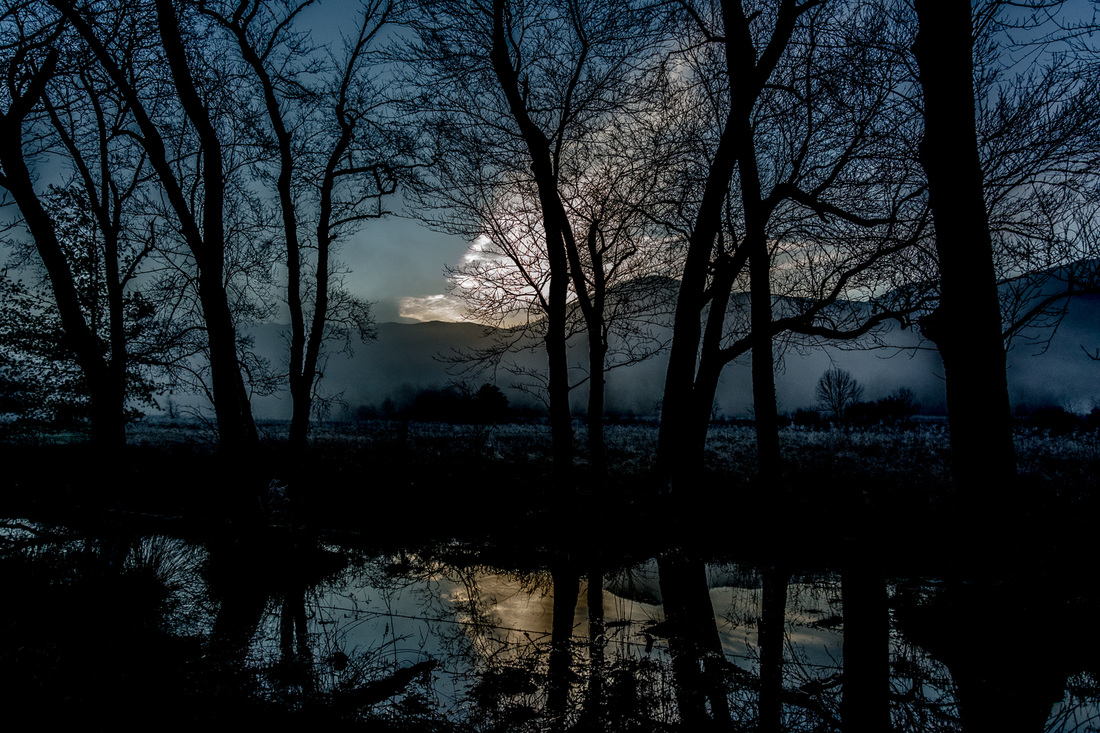 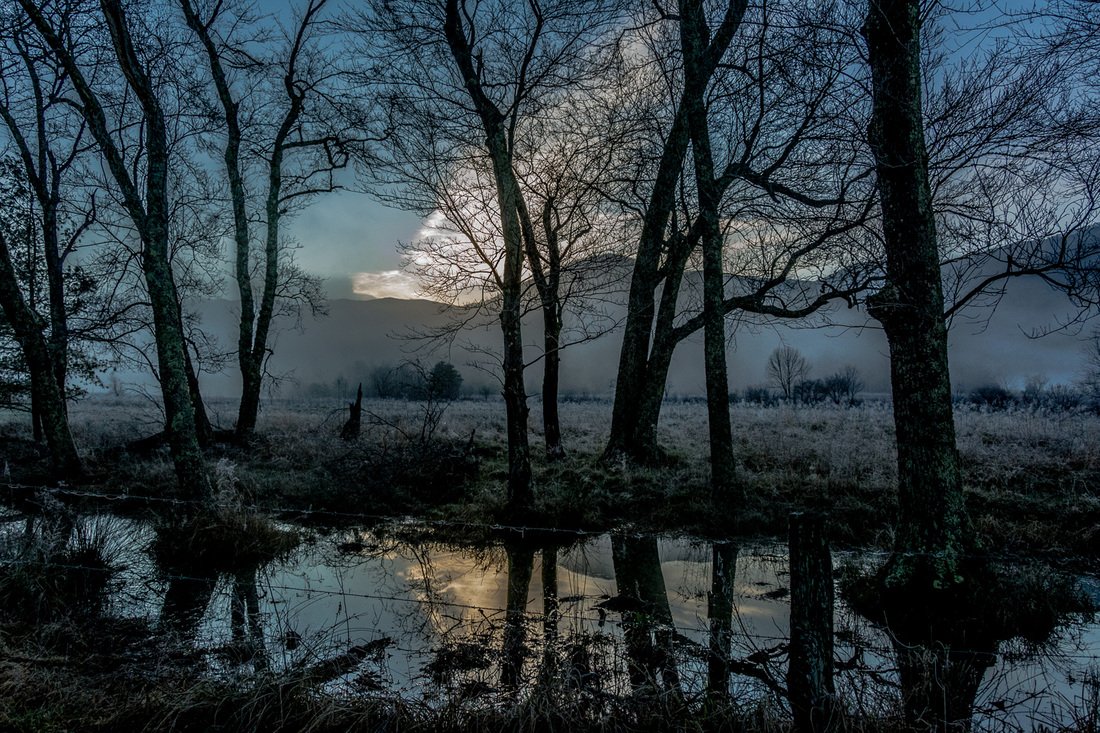 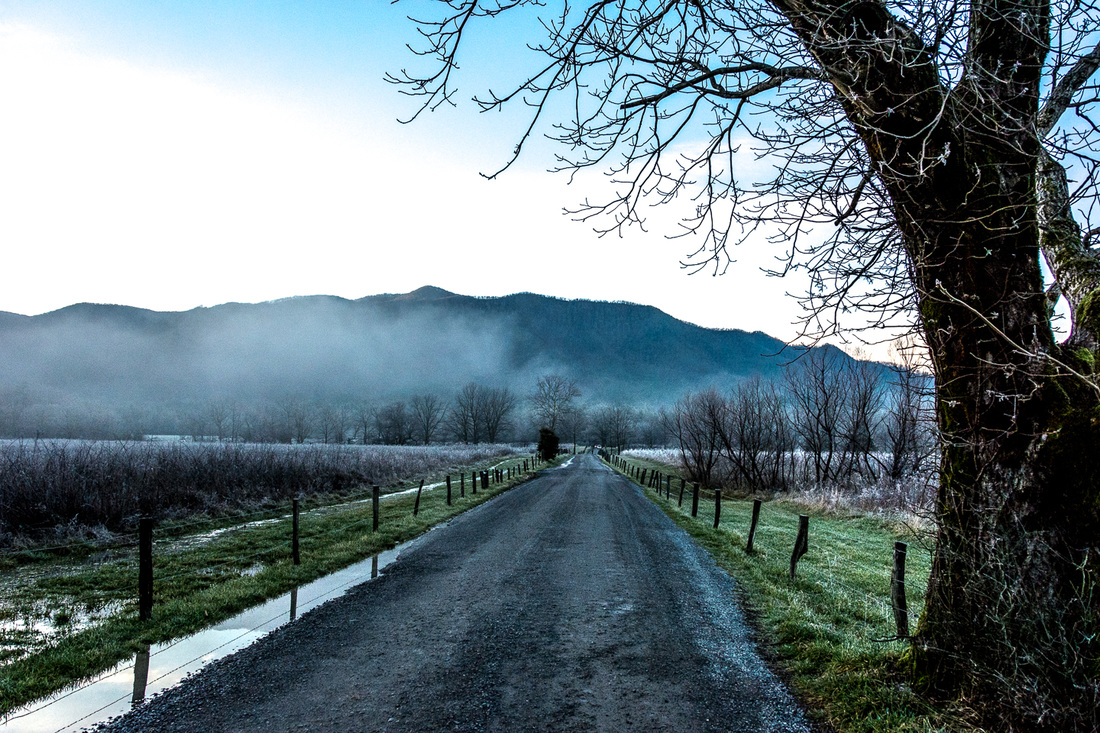 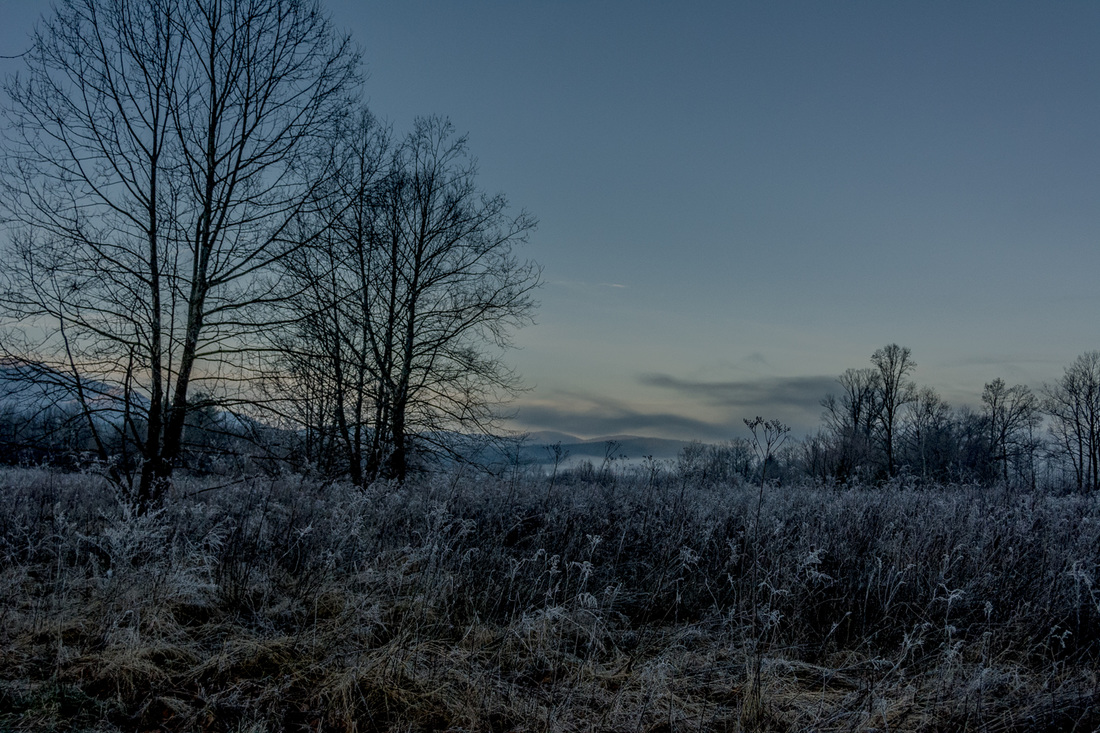 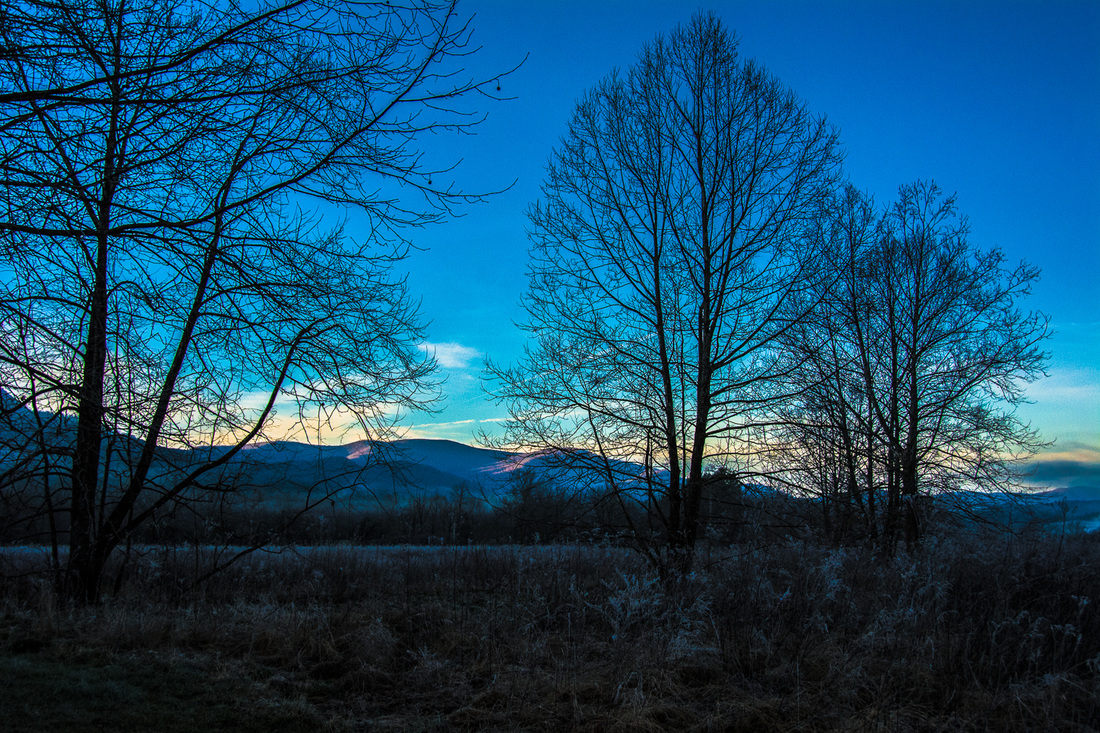 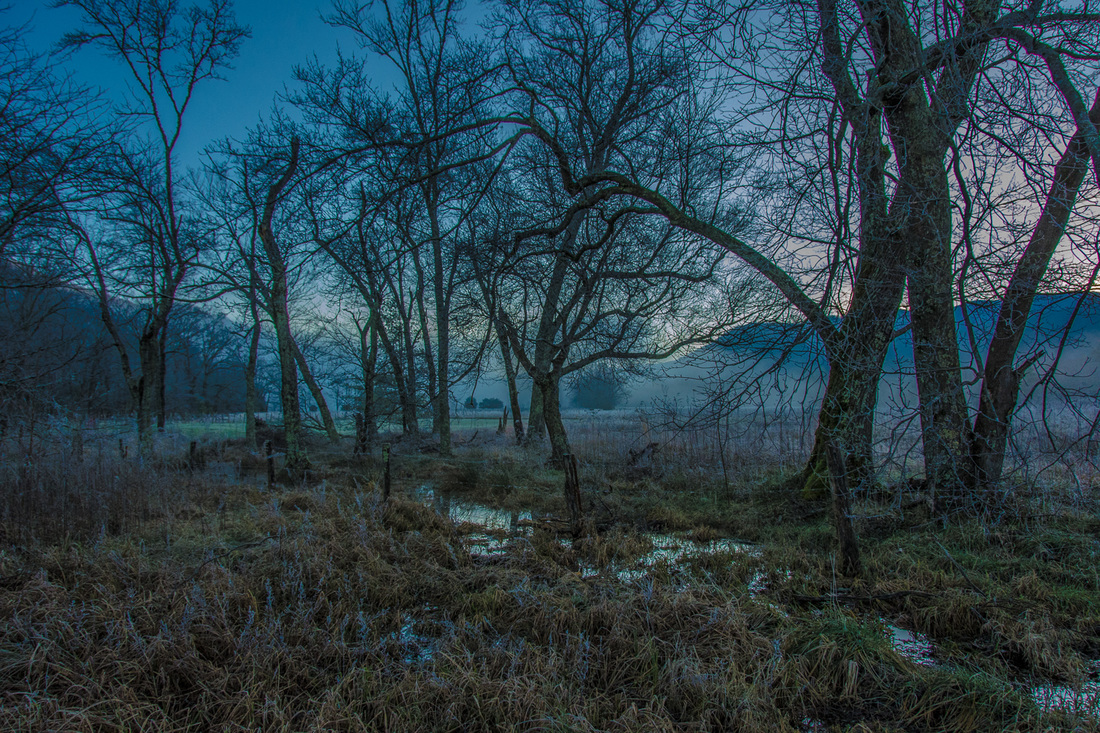 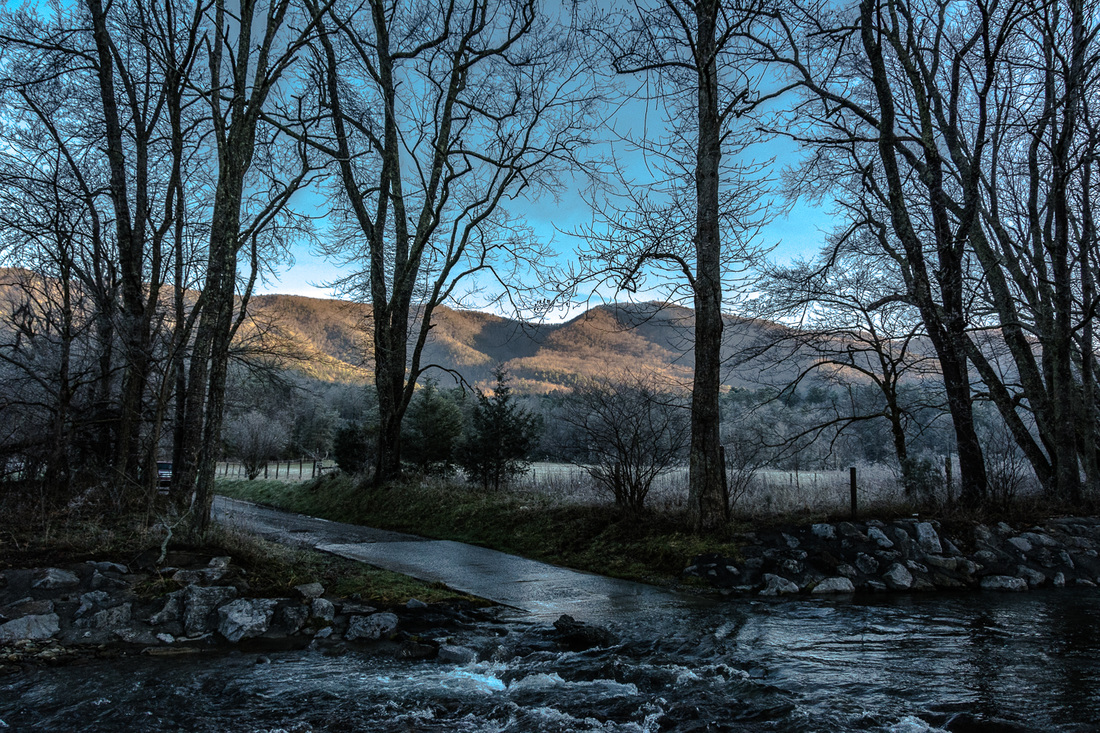 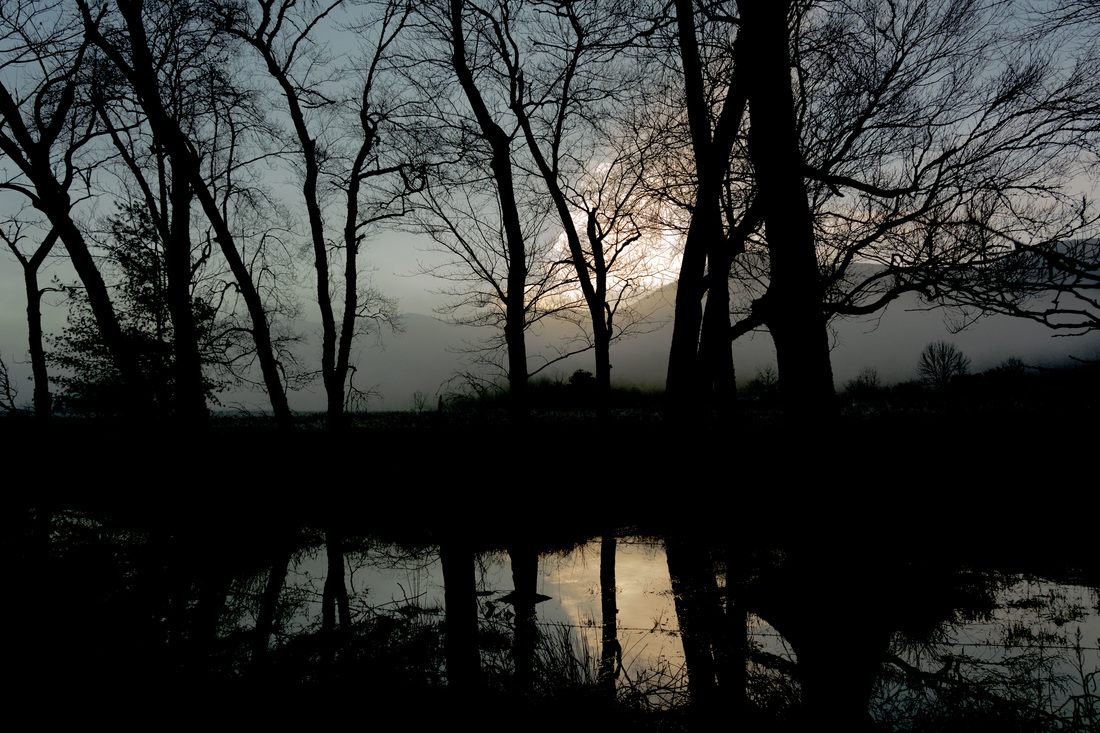 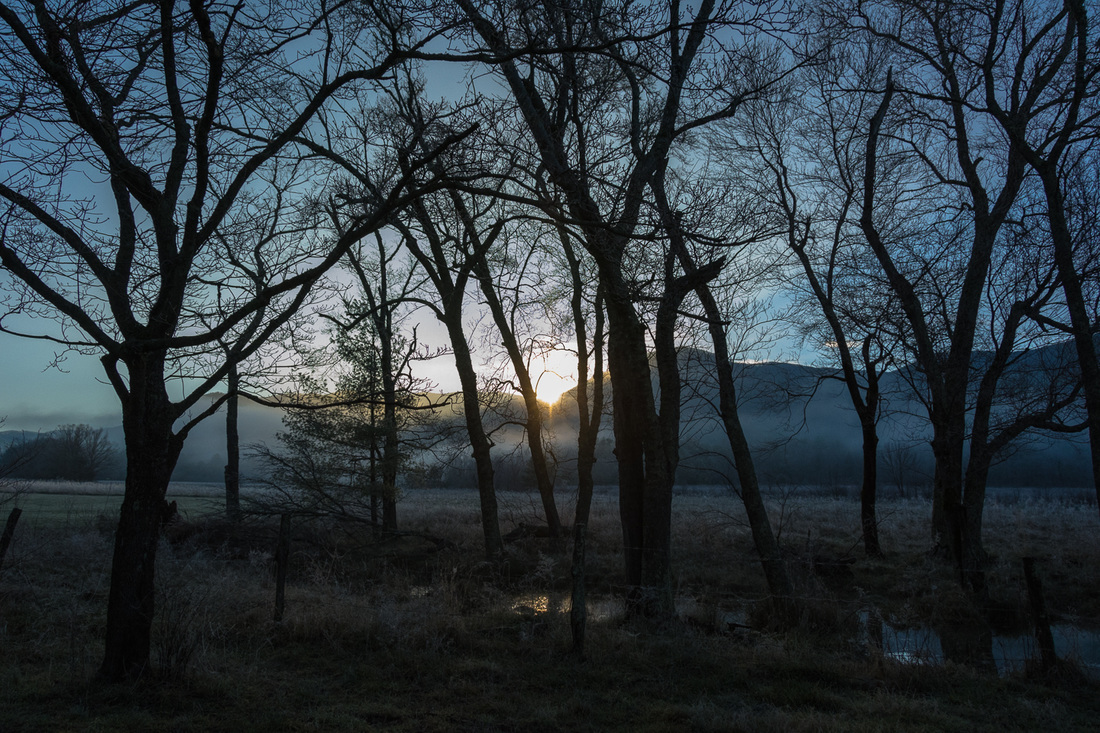 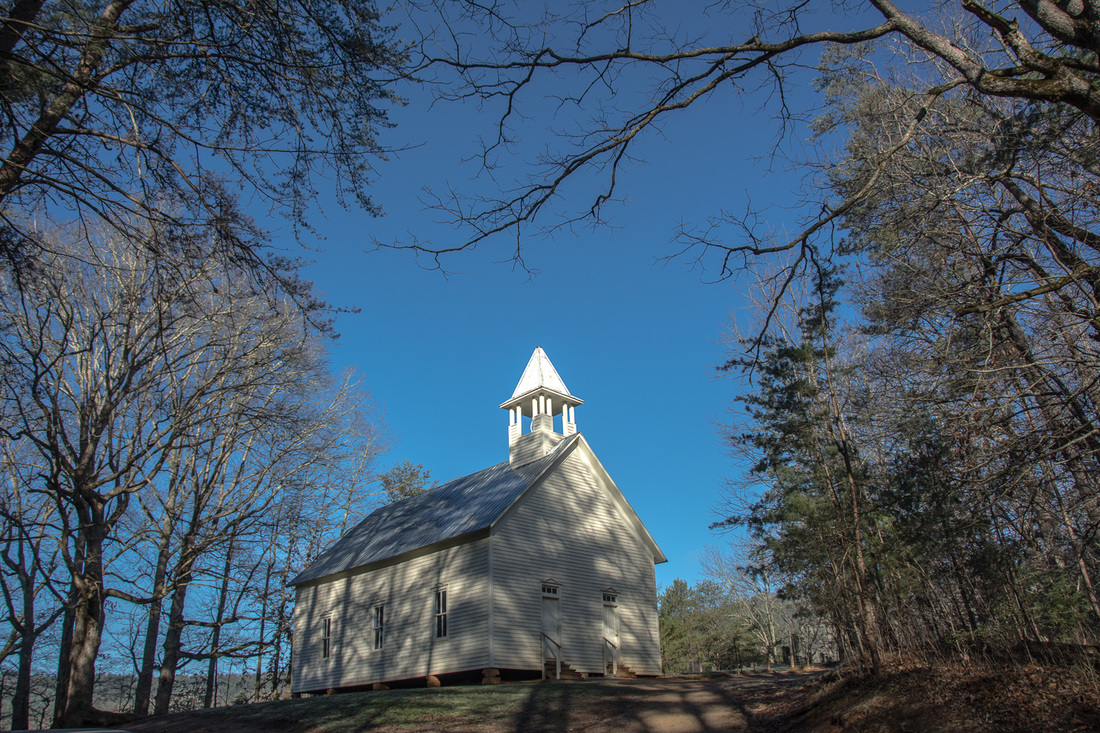 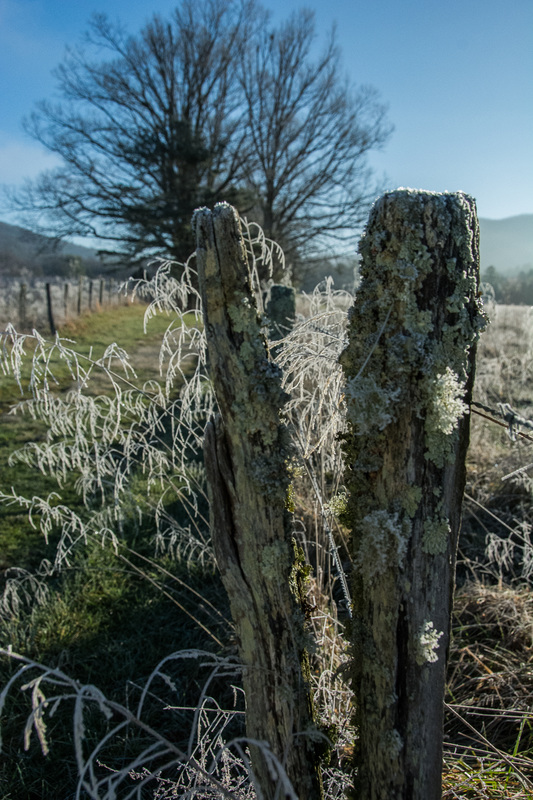 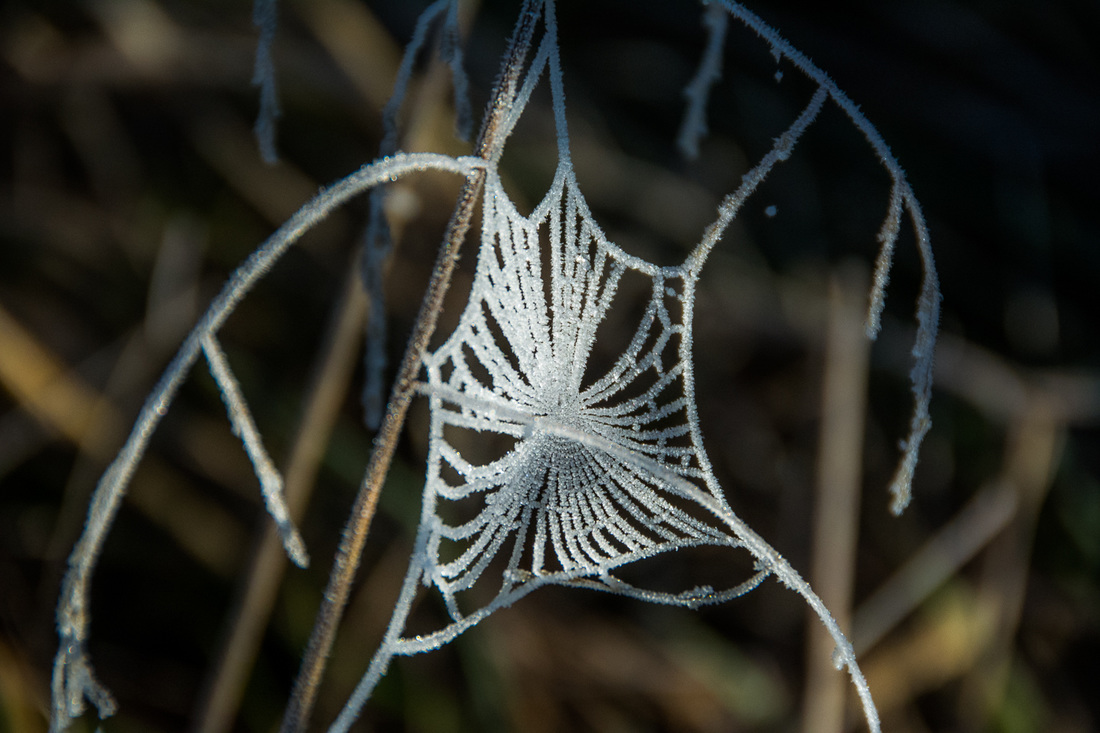 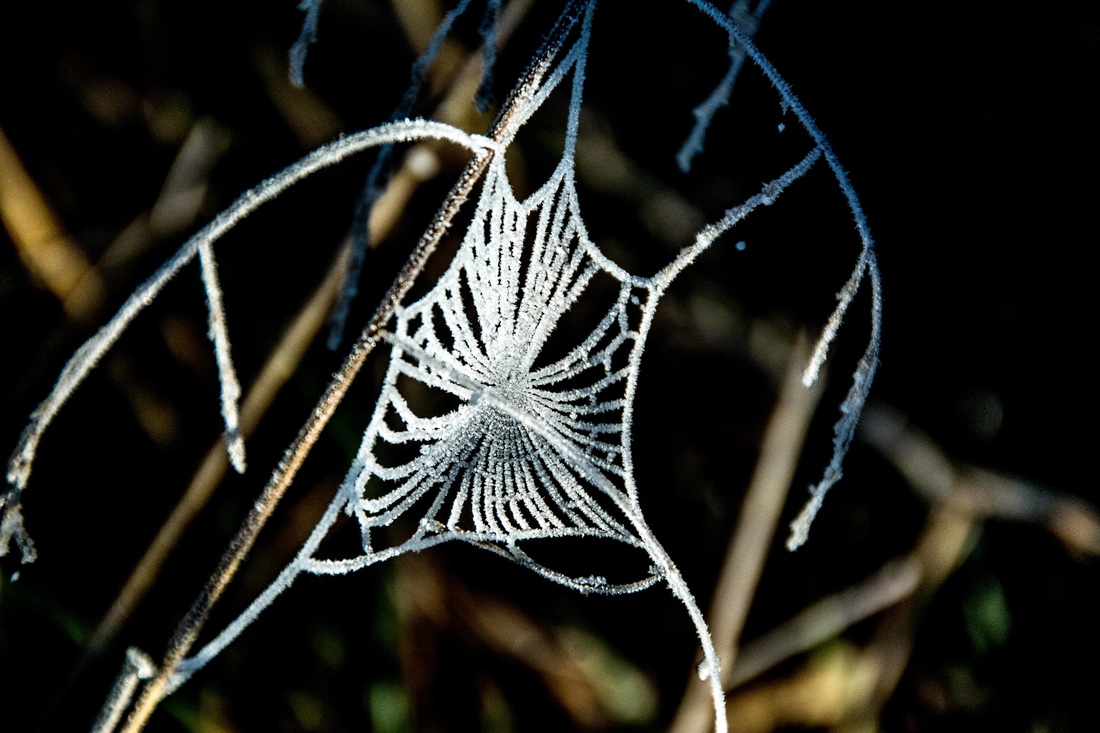 Welcome to "This Photo Journey"

Our recent photo journey is just one aspect of the greater life journey that Marcy and I share where our guiding theme is taken from the Old Testament scripture in Lamentations 3 verses 21-23:

“This I recall to my mind, therefore have I hope. It is of the LORD's mercies that we are not consumed, because his compassions fail not. They are new every morning: great is thy faithfulness.”

For the past several years, Marcy and I have been photographing and blogging about our travels. We began offering our images online and at art shows and a little business blossomed. We now have galleries in two cities, along with online sites and an Etsy store.

If you click the menu link for our homepage, you will find our image gallery with some of the works from our portfolio. If something you see sparks an interest, please contact us for size, format and pricing.
However, more than just being an online image gallery, we hope that our descriptions, images and videos become a source of enjoyment or inspiration for your own travel adventures.