We enjoyed yet another Saturday fall outing, this time to the Barter Theatre, 140 miles away in Abingdon, Virginia.  It is the last weekend in October and we are still seeing bright and dry conditions with temperatures in the 80s.  I think we’ve had just one rainy day since August and the leaf colors are muted with trees stressed and struggling after an endless string of 90 degree days through late summer.  Despite any downside, drives through East Tennessee seldom fail to disappoint. Our trip took us east on I-40 up Interstate 81 toward Southwestern Virginia and became increasingly beautiful as we drove northeast into areas where summer rainfall had been more abundant.  Abingdon is 15 miles east of Bristol and is home to the Historic Martha Washington Inn, which sits along US Hwy 11 and overlooks the Barter Theatre and a streetscape of quaint shops, such as the Abingdon Olive Oil Company, which was announced as a sponsor of the Barter.
The Barter is so named because the theatre was begun during the Great Depression era, with the idea that patrons could pay with produce from farms and gardens to gain admission.  The idea did work and since then, Barter has become the thriving State Theatre of Virginia, and is famous for launching the careers of such actors as Gregory Peck, Patricia Neal and Ned Beatty to name just a few.
A Barter theatre visit makes a good day trip for us because we can leave mid-morning from Knoxville, and can pack in nice scenery, a picnic lunch, a Saturday matinee and a Starbucks stop, and still be home in time for supper.   The acting company has almost become old friends and over the years, we have enjoyed some memorable favorites as “The Fantasticks”, “Les Miserables” and “Anne of Green Gables”.  One particular delight was the opportunity to take two of the granddaughters to see “The Princes and the Pea”, with an opportunity for the girls to meet to the princess herself in costume after the play.
With this being the Halloween season, the play “Something Wicked This Way Comes”, by famous science fiction writer Ray Bradbury was on the schedule for our matinee.   I must say that the play was not really our thing, but regardless of any disappointment, we thoroughly enjoyed the trip and would recommend Abingdon as a great place to spend a day, weekend or longer.

Scroll down to see a picture gallery, then be sure and click on the link to the YouTube video. 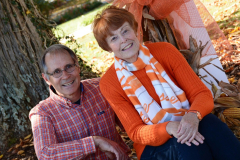 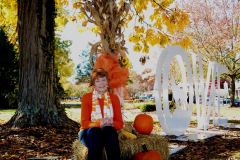 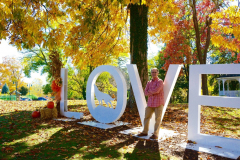 There are so many places to go and things to see in this old world, and Marcy and I would love to share our own experiences.  Our tagline is “Traveling North of 60”, and regardless of where you are on life’s journey,  we hope you enjoy our photography and travel descriptions!